Word Formation
Word formation is the process or result of forming new words, which are derived from words or group of words with the same root. In other words, word formation is defined as the ways in which new words are made on the basis of other words or morphemes. New words may be added to the vocabulary of a language by derivational processes, but there’s also a variety of different ways such as compounding, coining, backformation, blending, acronymy and clipping.
1.Compounding is the process of joining two or more words into a single integrated word. Examples include: raincoat, football, desktop, fingerprints, bookcase etc.
2.Shortening (or backformation) is the process of creating new forms by removing affixes from the existing words. In other words, backformation is the opposite of derivation. Examples: act – action, gym – gymnasium, math – mathematics, dorm – dormitory, bike – bicycle, lab – laboratory.
3.The process of blending involves joining two words together by taking parts of the two words and combining the parts into a new whole. Usually the beginning of one word and the end of another are combined. Ex.:
smoke and fog – smog; breakfast and lunch – brunch; motor and hotel – motel; information and entertainment – infotainment;
4.Conversion is the word formation process where a word of one part of speech converts into another part of speech. There are many different types of conversion, for example:

c) adjective to verb: empty – to empty; green – to green;

d) verb to adjective: see – see through; stand up – stand up (comedian);

e) prepositions to noun: up, down – the ups and downs of life;

Word Meaning
Semantics is the study of meaning that is used to understand human expressions through language. It is perhaps the hardest part of a grammar of a language to learn because the meanings in a language are indefinite/undetermined. Although a word can have more than one meaning there is always a primary or original meaning that it expresses. This original meaning is called denotation. On the other hand, any additional meanings that a word may have are called connotations.
1.1. Polysemy – having two or more meanings, i.e. referring to two or more items of extralinguistic reality, but at the same time sharing at least one element of meaning: without this link – the shared meaning – it would be a case of homonymy.
e.g. big with the meanings – spacious (town), high (tree), adult (boy), numerous (nation), important (boss) – the shared item of meaning is “great amount/number”
plain(as in simple) – plain(as in not decorated in any way)
Polysemy is a manifestation of the economizing tendency in the language, namely making use of existing forms for additional, newly needed meanings.
1.2. Synonymy – a synonym is a word or phrase which has the same or nearly the same meaning as another word or phrase. Three different types of synonymy can be distinguished:
a) near synonymy – expressions that are more or less similar but not identical in meaning
mist – fog; stream – brook; dive – plunge;
b) partial synonymy – words that meet the criterion of identity of meaning but which,for various reasons, fail to meet the criterion for absolute synonymy
car – vehicle; quick – fast – rapid;
c) absolute synonymy – words that match in all their shades of meaning and in all stylistic characteristics. Their meanings are identical and they are synonymous in all contexts
airman – pilot; car – automobile; kind – sort;

Motivation of the Word
The term motivation is used to denote the relationship existing between the phonemic or morphemic composition and structural pattern of the word on the one hand, and its meaning on the other. There are three main types of motivation: phonetical motivation,morphological motivation, and semantic motivation.
When there is a certain similarity between the sounds that make up the word and those referred to by the sense, the motivation is phonetical. Examples are:
bang, buzz, cuckoo, giggle, gurgle, hiss, purr,whistle,etc. Here the sounds of a word are imitative of sounds in nature because what is referred to is a sound or at least, produces a characteristic sound(cuckoo).
Within the English vocabulary there are different words, all sound imitative, meaning‘quick, foolish, indistinct talk’: babble, chatter, gabble, prattle.In this last group echoic creationscombine phonological and morphological motivation because they contain verbal suffixes -le and -er forming frequentative verbs.
The morphological motivation may be quite regular. Thus, the prefix ex – means ‘former’ when added to human nouns: ex-filmstar, ex-president, ex-wife.Alongside with these cases there is a more general use of ex-: in borrowed words it is unstressed and motivation is faded (expect,export,etc.).The derived word re-think is motivated in as much as its morphological structure suggests the idea of thinking again. Re-is one of the most common prefixes of the English language, it means ‘again’ and ‘back’ and is added to verbal stems or abstract deverbal noun stems, as in rebuild, reclaim, resell,resettlement. Here again these newer formations should be compared with older borrowings from Latin and French where re- is now unstressed, and the motivation faded. Compare re-cover ‘cover again’ and recover ‘get better’. In short: morphological motivation is especially obvious in newly coined words, or at least words created in the present century. Сf. detainee, manoeuvrable, prefabricated, racialist, self- propelling, vitaminise,etc. In older words, root words and morphemes motivation is established etymologically, if at all.
In deciding whether a word of long standing in the language is morphologically motivated according to present-day patterns or not, one should be very careful. Similarity in sound form does not always correspond to similarity in morphological pattern. Agential suffix -er is affixable to any verb, so that
V+-er means ‘one who V-s’ or ‘something that V-s’: writer, receiver, bomber, rocker, knocker. Yet, although the verb numb exists in English, number is not ‘one who numbs’ but is derived from OFr nombre borrowed into English and completely assimilated.
The third type of motivation is called semantic motivation. It is based on the co-existence of direct and figurative meanings of the same word within the same synchronous system. Mouth continues to denote a part of the human face, and at the same time it can metaphorically apply to any opening or outlet: the mouth of a river, of a cave, of a furnace. Jacket is a short coat and also a protective cover for a book, a phonograph record or an electric wire. Thus, eyewash ‘a lotion for the eyes’ or headache‘pain in the head’, or watchdog ‘a dog kept for watching property’ are all morphologically motivated. If, on the other hand, they are usedmetaphorically as ‘something said or done to deceive a person so that he thinks that what he sees is good,though in fact it is not’, ‘anything or anyone very annoying’and ‘a watchful human guardian’,
respectively, then the motivation is semantic. 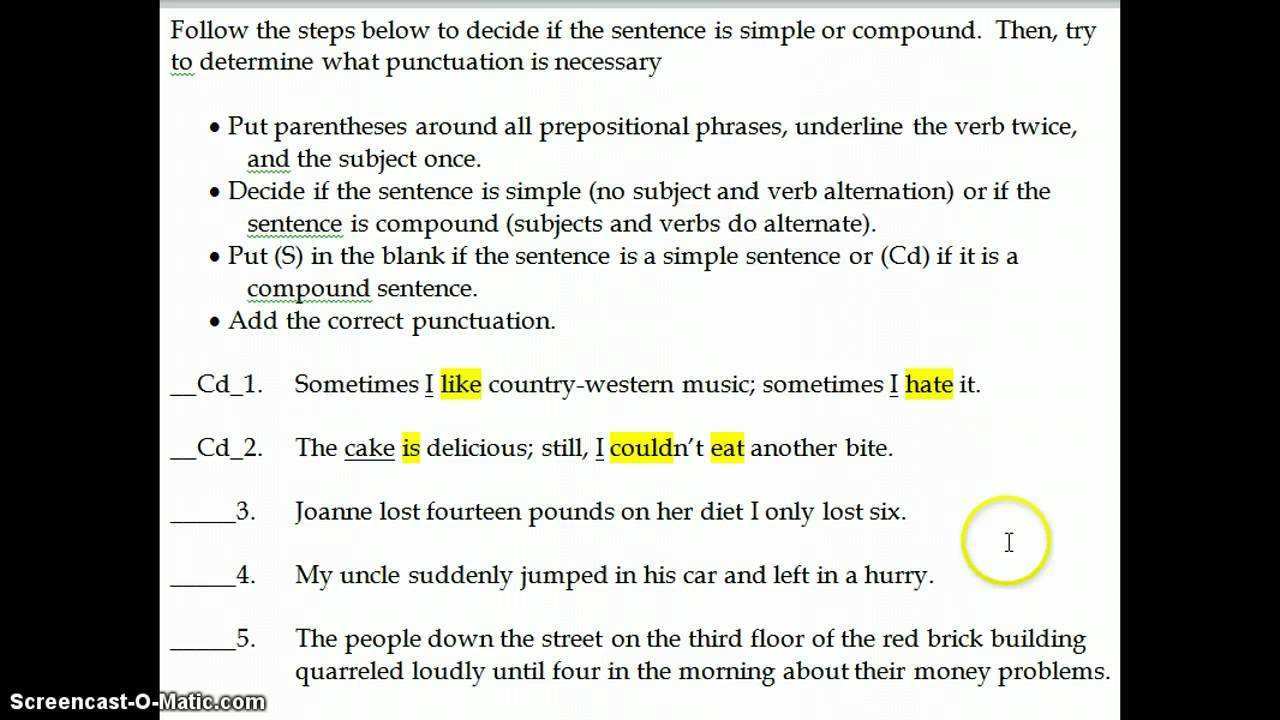 Examples of compound sentences :
Joe waited for the train, but the train was late.
I went out for a walk, and I took my umbrella with me
Bonnie couldn’t find her dress, so she didn’t go to the party.
He didn’t study, yet he was determined to pass the exam. 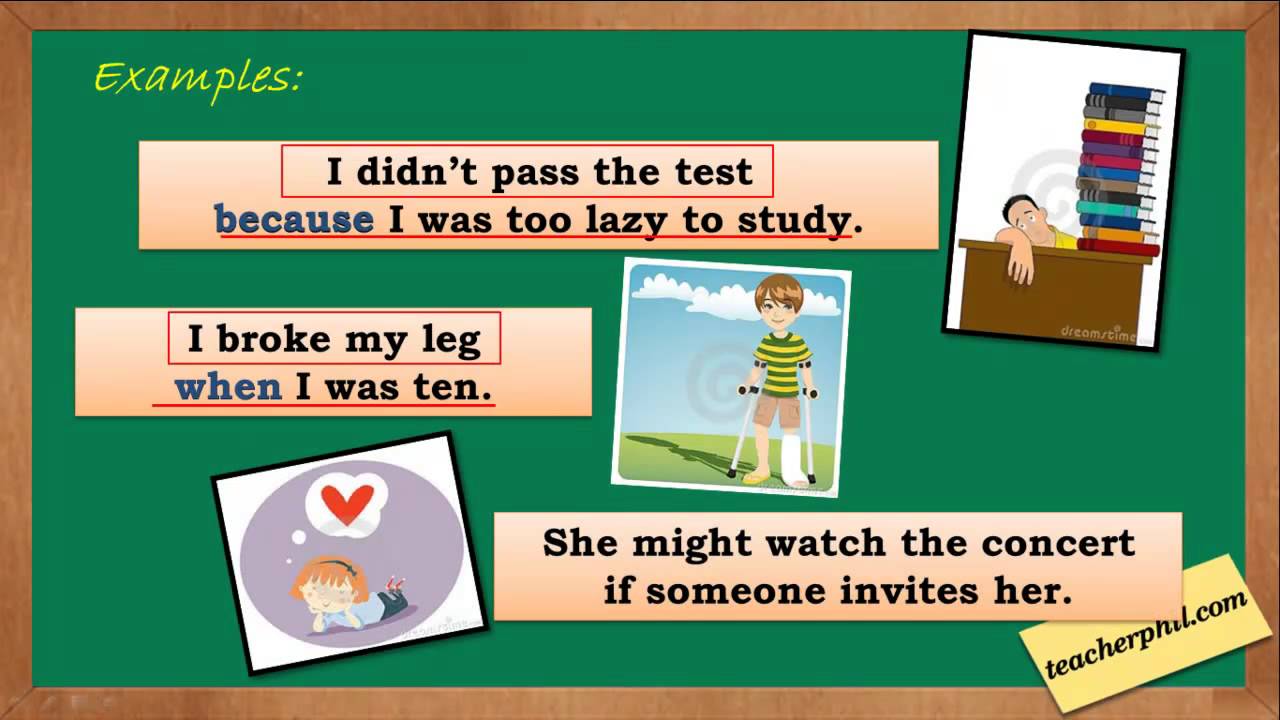